A great tree fell and the earth trembled.

One of, if not the greatest evangelist of all time has died.

I feel fortunate to have once attended one of his crusades.

It was in May, 1980 that I was able to hear Billy Graham in person.  My husband and I had recently moved across country to his home state of Indiana where he was to start a new job. As he was raised in a Quaker church, we decided to give the denomination a whirl. With the anticipation of making new friends, we plopped down into Carmel Friends Church in Carmel, Indiana.

My husband John soon became friends with the pastor and when John found out Billy Graham’s organization was planning a crusade in Indianapolis, he encouraged our pastor to become involved.

Attending had an added meaning to the both of us. Years ago, John attended a previous crusade when he was nine. After quite a bit of elbowing from his mother, he walked down to the front to pray with the Billy Graham team. And now he had a chance to nudge others towards a commitment.

“Hmm, not sure if we need to participate,” said some of the church leaders, when the pastor put it to a vote. “We’re all Christians here.” Nevertheless, my husband kept pushing for church participation and to our excitement, several people from our small church attended the event. We were thrilled to find out later that several church goers had made a decision to ask Christ in their heart. 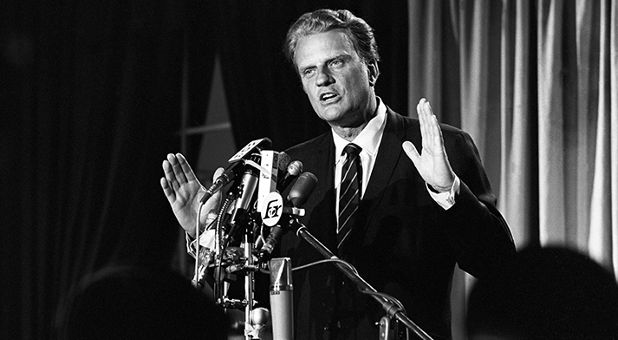 On that balmy spring evening, the season when everything in the earth sprouts up new, twelve people from that tiny church had their life changed. Twelve people found their destiny solidified.

Yes, a great tree fell but the tree contained seed pods to continue the work. With his death, the humble farmer’s son from North Carolina scattered seed all over the world, raising up more voices to share the love of Christ with still another generation.

Thank you, Billy Graham, for your faithfulness to God.

This site uses Akismet to reduce spam. Learn how your comment data is processed.

I get a kick out of celebrating moments and milestones in my life… So often we trudge through our everyday schedule, not recognizing all the wonderful blessings we’ve received.   I’m in celebration mode. My book, Lake Surrender is two years old! And instead of birthday cake, I’m putting together a contest.   Here are the prizes: […]